Posted in Nursery, Reception, UncategorisedPosted in 23rd May 2016

Throughout this half term in the Early Years we have had the pleasure of  special visitors who have come to talk to the children about their work in our community.  We practised our questioning techniques and met some fantastic people too!  Here are a few highlights! 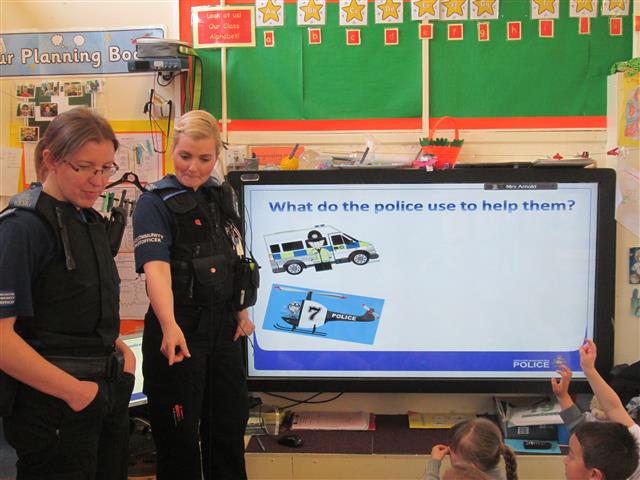 Police Officers shared their role in our community 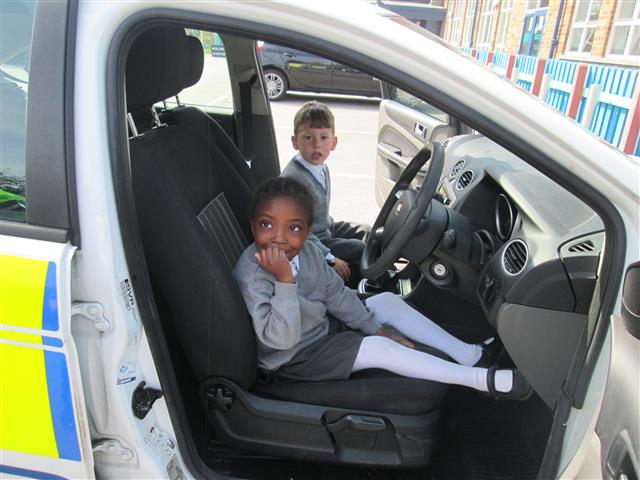 We enjoyed sitting in the Police car 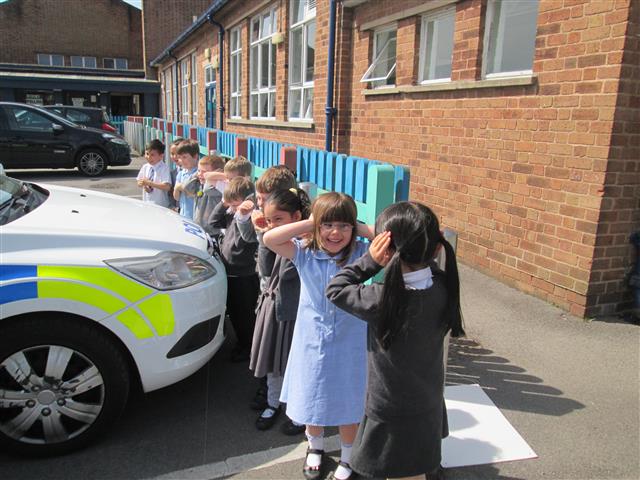 The Police Siren was very loud 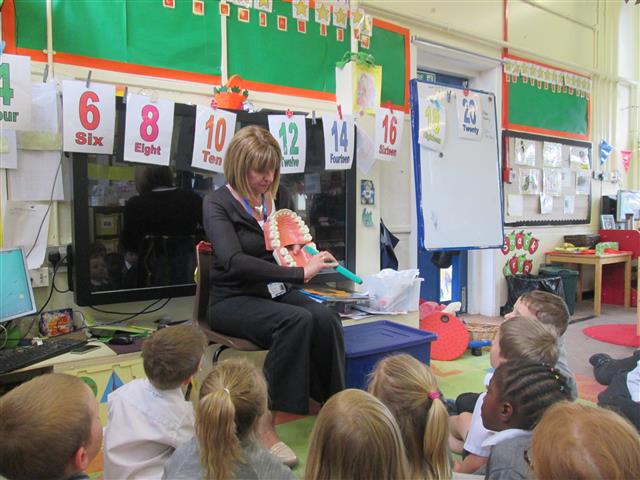 The Dental Nurse showed us how to brush our teeth 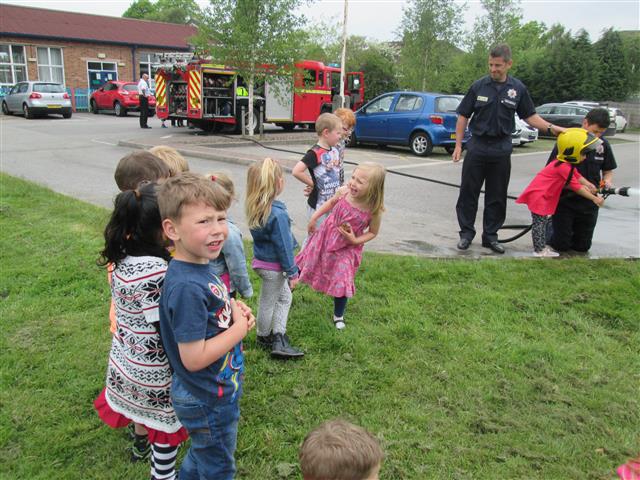 We went in a Fire engine and used the hose 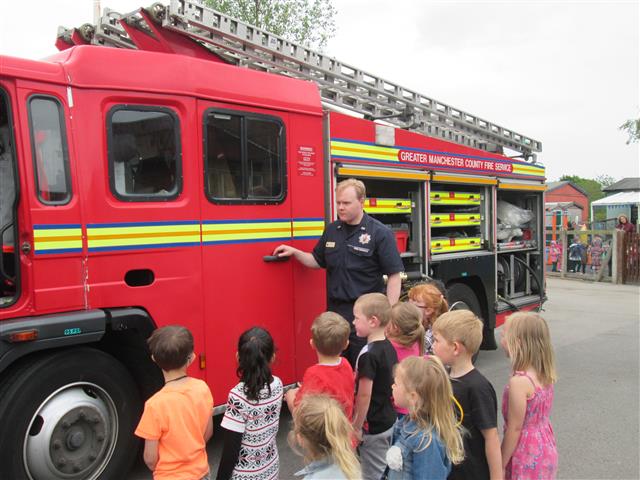 We learnt about all the equipment on a Fire engine 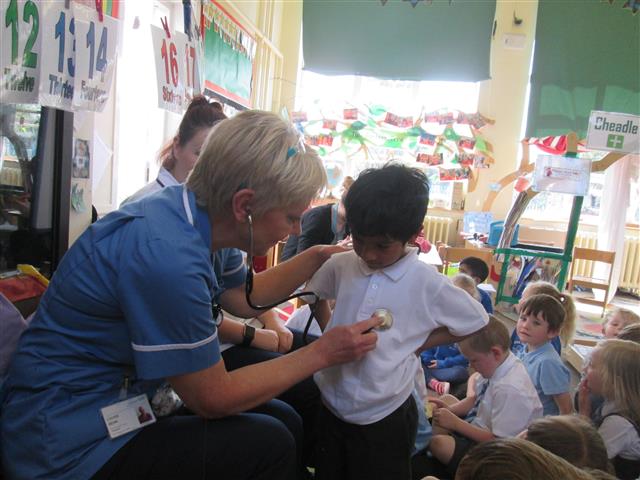 The school nurse used her stethoscope

This week in year 4, Zoha celebrated her birthday. She brought in an amazing cake, to share with the class, that had been baked by her sister Zaina in year 6! We were so impressed with Zaina’s beautiful and delicious cake that we’d like to share some pictures with you. 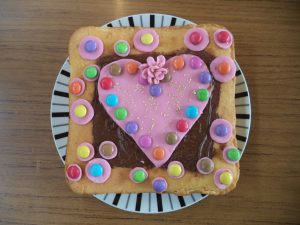 We loved the beautiful design, especially the gold stars sprinkled on the heart! 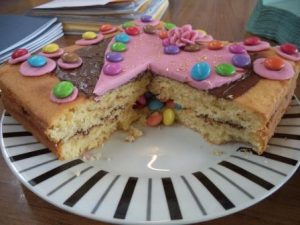 Inside there was a secret surprise – smarties! It was so delicious!

Thank you Zaina for baking such a brilliant cake, and thank you Zoha for sharing it with us!

Have you ever baked anything for a birthday or special occasion?

Posted in Nursery, Reception, UncategorisedPosted in 23rd May 2016

This half-term, Nursery and Reception children have been learning all about ‘People Who Help Us’ as part of their job or occupation. This includes doctors, nurses, lollypop ladies and men, vets, teachers and more!

We had two very exciting days last week where we had visits from some of the people who help us! First up was the dentist. We learnt lots about how and when to brush our teeth and the different foods and drinks which are good or bad for our teeth. 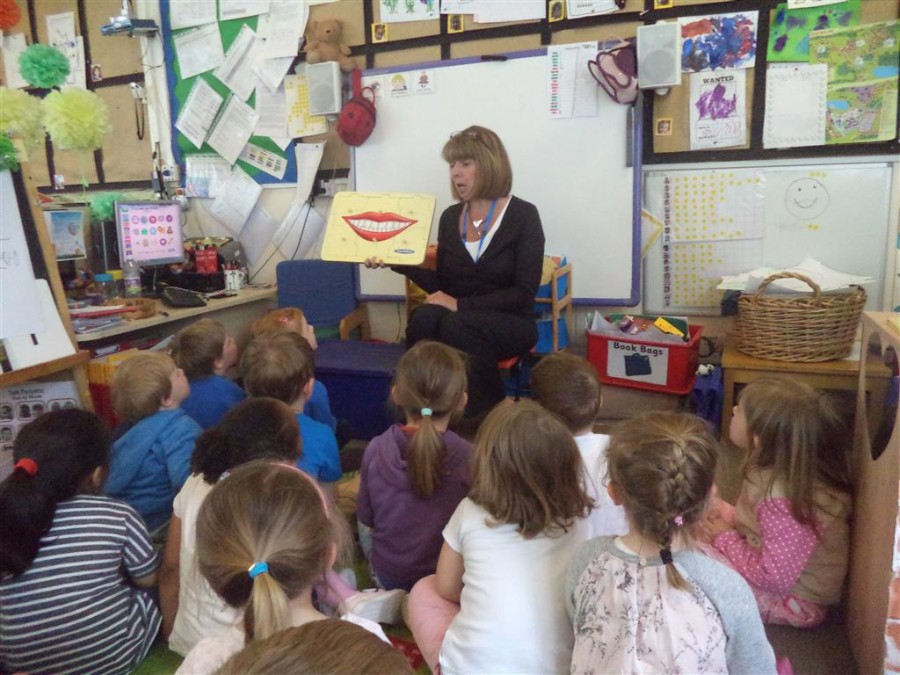 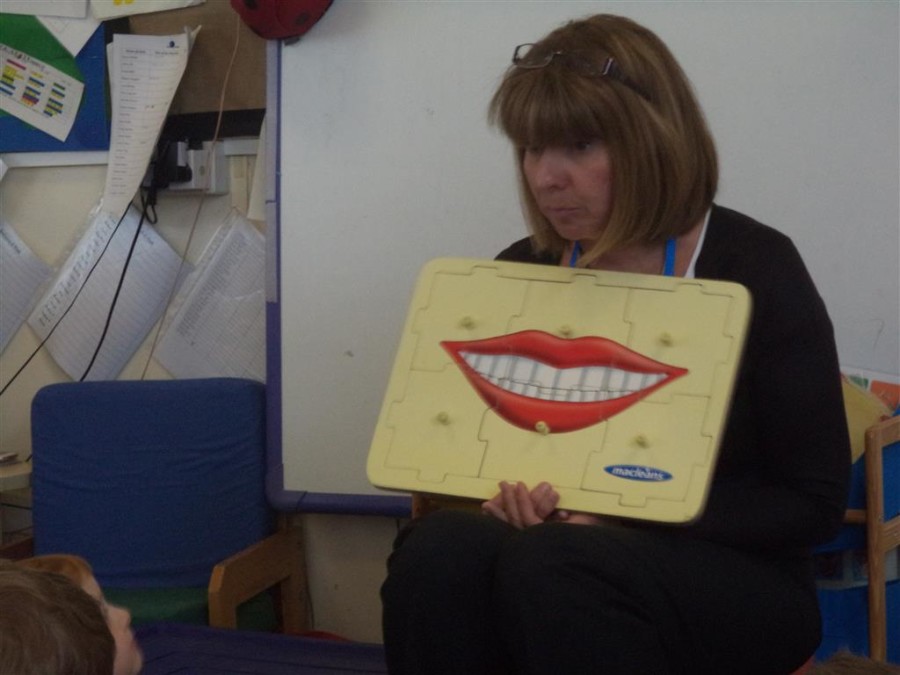 A huge well done to our newly appointed digital leaders who made a successful application  and were then interviewed for their new exciting posts.

Every week the digital leaders will work alongside a different year group to support children in developing their computing skills.

Read their comments to find out how they are getting  on!

Some more photos from Jodrell Bank

Posted in Nursery, Reception, UncategorisedPosted in 12th May 2016

Nursery and Reception’s trip to Jodrell Bank was certainly one to remember! All of the children and adults had an amazing day and we definitely learnt lots. Take a look at some more photos from our day out:

Jackson became an astronaut for the day!

The Lovell telescope was enormous!

We climbed inside a big inflatable planetarium to learn all about different planets and constellations of stars.

Some constellations on the planetarium ceiling.

We even saw the moon up-close whilst we were inside the planetarium.

A clockwork orrery, which is a mechanical model of the solar system.

The children had chance to explore lots of different activities.

Thank you once again to all of the parent helpers who joined us on the trip. It was a brilliant day.

Posted in Uncategorised, Year 6Posted in 12th May 2016

A huge well done to our Year 6s who have worked incredibly hard this week. We are very proud of your efforts and positive attitude over the last 4 days.

Pej, Nathan, Lucy, Abi, Daniel, Fin Mc, Fin H and Charlie all said, “They were not as hard as you would think. They were easier than we expected.”

Molly B said, “The grammar test was my best paper, it was like we practised.”

Harley on the other hand said, “They were easier than I expected, but it went slowly.”

Molly K said, “We’re glad that we’ve got them over and done with so we can relax!”

Maliha and Willow commented, “The reading test was the hardest, but the others were alright.”

Zaina, Thomas, Sofia, Adam and Hope all enthused about the start of the day, “We enjoyed having breakfast with all our friends and having time to chat. We ate 2kg of Nutella! Yummy!”

Willam said, “It’s not as hard as people make it seem.”

Courtney thought, “The second maths reasoning paper was easier than the first.

Ollie and Gabby had very different views. Ollie said, “Easy!” whereas Gabby thought, “They were the worst thing ever!”

James, Molly K and Jas gave some useful advise, “Year 6s for the future don’t have anything to worry about. Your teacher will make sure that you are ready for them.”

Our trip to Jodrell Bank

Posted in Nursery, Reception, UncategorisedPosted in 10th May 2016

Nursery and Reception had a fabulous day at Jodrell bank.

We were astounded by the size of the enormous telescope!

We were fascinated by the inflatable planetarium where we zoomed into far away planets like Jupiter.  We made and blasted our own rockets and found out about the first landing on the moon.  Thank you to all our fantastic helpers for a thoroughly great day out!  Here are a few highlights.