The day of reckoning; the final day; the day when the rain came; the day when everyone had just gotten used to eating an unfeasibly large, but delightful breakfast before attempting rather strenuous physical activity; and the day unfortunately, we had to sadly return home.

But sadness was the emotion furthest from the children thoughts; the children were as hungry as a wolf and ready to devour the breakfast and the trials that lay ahead. Team ‘Year Six’ were into the groove and ready to recall the glory days of Wednesday and Thursday and finish, quite rightly, as the heroes we knew they had become.

The children had an energy that was simply irresistible, the centre bristled with excitement and the groups felt like they could rule the world. As the rain began to fall even heavier, the determination of the pupils was like a rolling stone– gathering pace – and in the corridors of Robinwood, conversation crackled, like electricity, as the Thorn Grove pupils put aside toxic, fearful thoughts of the impending end to the trip to discuss the previous day’s events and those that were yet to come.

“Trapeze was amazing” “Another day here would be amazing” “Another hash brown and some more bacon would be amazing!” “Why is Mr Wilson so amazing at climbing, archery and trapeze and Miss Nuttall, Mrs Dewar, Miss Karim and Mr Chandler so rubbish!” (This last one was made up, but it was worth a try when you are as poor at these things as I am!) were all heard as they children excitedly milled around awaiting the new adventures the final morning was ready to deliver.

The whole group, who had grown, from what seemed like absolute beginners, strode confidently forwards, knowing that today was the chance to go your own way and squeeze out every last ounce of enjoyment from the opportunities that lay ahead. They had visibly broader shoulders, chins that were raised and hearts that swelled with pride and satisfaction. Nothing’s going to stop us now was the attitude they exuded and the Thorn Grove staff watched with glee as they strutted around the centre with an air of self-assurance that showed they were ready for anything.

The rain (as if presenting itself as a final challenge) tested the resolve of some of the groups. However instead of saturating spirits, it merely lifted them and the children blossomed in the summer rain like powerful plants refreshed and ready to reach higher. As the three fantastic groups, completed their final challenges the only thing larger than the smiles on the faces of the children were the huge experiences they were taking home with them. The last meal was consumed, the instructors thanked (Andy, Sarah and Annie, you were irreplaceable, magnificent and truly wonderful with the children) and goodbyes exchanged

Year six sprung towards the coach and stepped aboard

The weight of this experience could not be judged using scales or mathematical reasoning.

It could only be judged by the sheer enormity of wonderful memories the experience had produced; the friendships that had been cemented; and the smiles, laughter and happiness both these things will continue to deliver

Farewell Robinwood….. you challenged us, you excited us, you drove us to new heights and we will never forget you, so please don’t you forget about us…

May I take this opportunity to thank: the children – you were magnificent; the staff (Mrs Karim, Mrs Dewar, Mr Chandler, Miss Nuttall, Mrs Jeddal and Mrs De-Moulpied – there is no way the children could have such a wonderful experience without your help, support and dedication; the parents – your children are a credit to you and represented you amazingly; and finally, the Robinwood staff, who are simply brilliant. 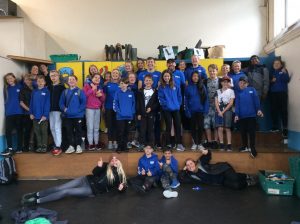 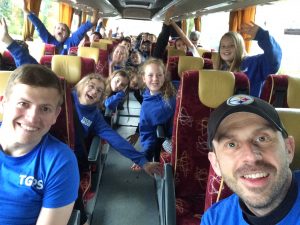